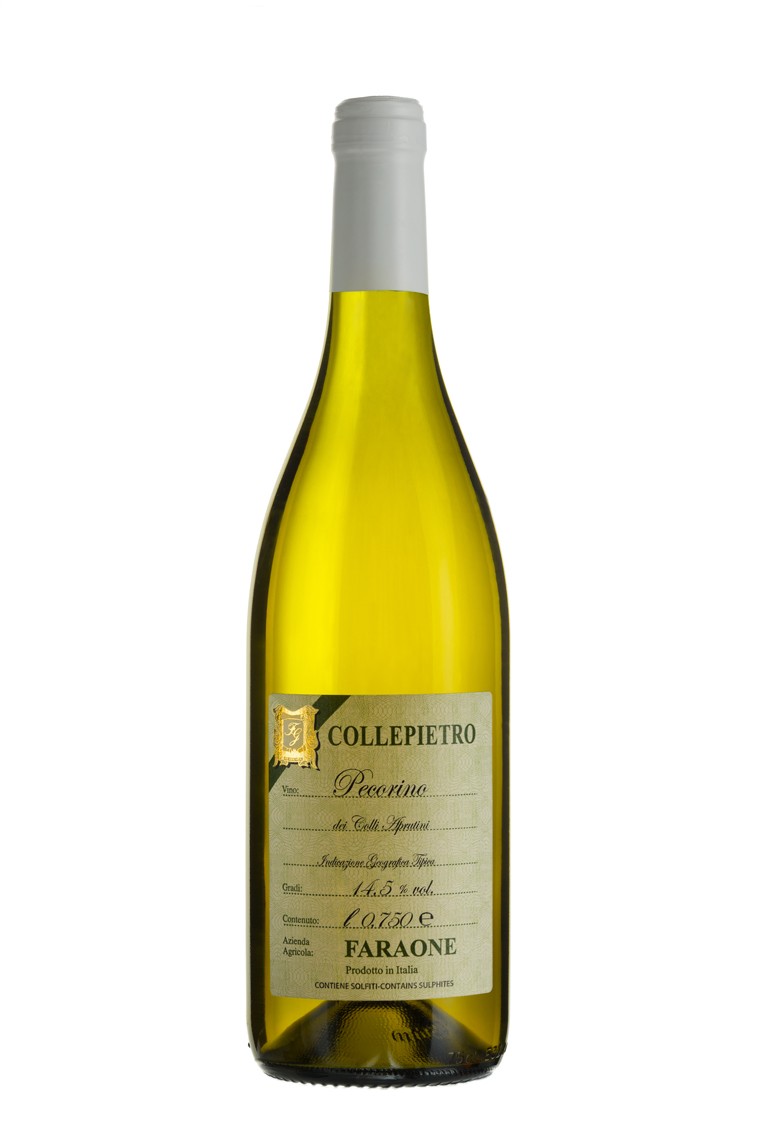 It was almost extinct – now it’s one of the fastest growing grape varieties in Italy. Darren Smith reports on the rise and rise of every Italian sheep’s favourite nibble

A recent trip to the Teramane Hills in Abruzzo – a region best known for its Montepulciano – brought to light some surprising facts about what I had assumed to be a distinctly unremarkable grape variety: Pecorino. If you scan the Italian shelf of your average independent wine shop these days, you’re fairly likely to see a varietal Pecorino, either from the Marche or Abruzzo (these two regions account for 90-odd per cent of plantings). But the wines you’ll find – light, apero-style, steel-tank efforts, and very much ‘entry-level’ at around the £10 (retail) mark – do a disservice to the quality you’ll find in the Pecorinos on the Adriatic coast and in Italy more generally.

There you will encounter wines that are richer, more structured, occasionally with a little oak ageing or skin contact, making them honeyed with a subtle nutty complexity and beguiling floral aromas – wines with far more character and gastronomic potential. On occasion, they hit such peaks of deliciousness that it makes you wonder if UK importers are missing a trick.

Pecorino matures early, at the beginning of September – in fact some say the name, which stems from ‘pecora’, meaning ‘sheep’, derives from the fact that the grapes were the first to be eaten by the sheep as they descended from the mountains towards the flat land pasture by the coast.

Fairly widespread around the area of Monti Sibillini, south-east of Perugia, as far back as the 10th century, the grape almost became extinct, but was reintroduced to the Ascoli Piceno area between Le Marche and Abruzzo in the 1980s by producer Guido Cocci Grifoni.

There can be few grape varieties in the world experiencing such exponential growth in plantings – and Dr Odoardi believes we can expect that number to grow substantially in the years to come. This growth is reflected in consumer trends in Italy, where Pecorino is one of the most in-vogue white grapes.

Indeed, at DOP (Denominazione di Origine Protettiva) level for white wines, it is second only to Pinot Grigio in terms of volume sales, far exceeding the far more extensively planted Trebbiano, according to Professor Leonardo Seghetti, of the agricultural technical institute of Ascoli Piceno.

Along with Guido Grifoni and ampelographer Gianluca Moretti, Prof Seghetti is responsible for Pecorino’s resurgence and knows more than most about the variety. He says the Pecorinos of Abruzzo and Le Marche are – all other things being equal – broadly similar.

When the grapes are grown near the mountains (their traditional home), Pecorino wine is light and has a relatively low alcohol content. However on the medium to low-level slopes where the grape is mainly cultivated today, the wines are typically more alcoholic and structured – very different from the one-dimensional, entry-level Pecorinos which predominate in the UK.

One of the leading Abruzzo producers of Pecorino is Faraone (imported into the UK by FMV). This family estate in Giulianova in the Teramane Hills first planted Pecorino in 2000, with the first vintage released in 2004. Oenologist Federico Faraone emphasises how this now ultra-trendy grape was shunned for so long because it wasn’t high-yielding enough at a time when estates were only interested in vineyards that produced large volumes. Limiting yields, along with a little skin contact, has enabled Faraone to produce a Pecorino of remarkable structure and richness.

‘Our clone is not very productive, about 6,000kg per hectare,’ Federico Faraone says. ‘The result is a full-bodied, alcoholic wine – up to 14.5% alcohol – with extracts typical of red wines. There are more differences between the Pecorinos of Marche and our area if you compare with the Pecorino in the south of Abruzzo. There they are more light; ours is very powerful. It is a wine with a golden yellow colour – also due to the maceration on the skin – and sweet scents of honey, raisins and candied fruit. It can be combined with fish soups, baked fish and white meat.’

In terms of ageability, there is some debate about Pecorino’s credentials. Federico Faraone sees it as lasting no more than three to four years.

Pepe vinifies Pecorino exactly the same way as its haunting Trebbiano – the grapes crushed by feet and fermentation taking place in concrete tanks lined with glass. So although there is no skin maceration, there is a contact with skin and juice during foot crushing. But though the two varieties are treated in exactly the same way, they produce very different wines.

‘It has been a long learning process – lots of observation, lots of intuition,’ says estate representative Chiara de Iulis Pepe. ‘We felt that in the last three vintages we got exactly what we want out of it, to have a wine with ageing potential and balance, structure and elegance.

‘Pecorino is an aromatic grape variety, so more approachable from the beginning, more round, more flavourful and structured. All those characteristics made producers sell it too quickly, [but]for us, the balance, the delicacy and the real integrity of this grape only arrives with time.’

Such a huge growth in plantings as Pecorino has seen in recent years will have positive and negative consequences. A downside is that it will inevitably lead to lots more of that basic and fairly bland Pecorino becoming available. On the plus side, it will draw greater attention to the variety, and further refinement of what the grape can offer. So for those UK buyers and sommeliers looking for something exciting and different from the wealth of good stuff in Italy, Pecorino is definitely a variety to watch.

Four Pecorinos that scale the peaks of deliciousness

Intensely flavoured with yellow plums, herbs, and a certain mineral feel. Though beautifully fresh and aromatic, this is a rich, structured white that should not be served too cold. A most interesting counterpoint to Emidio Pepe’s Trebbiano.

‘Collepietro’ is the name of the town where the Faraone family vineyards are planted. Short skin contact at controlled temperature followed by lees ageing. A wine with great structure – Federico Faraone goes so far as to call it a ‘red wine dressed in white’. Straw yellow colour, rich on the palate with scents of white flowers, a certain savoriness, herbal notes, stone fruits and hints of pineapple.

Cerulli Spinozzi is one of the re-adopters of a kind of traditional pergola system for its pecorino vines – a measure to counter the effects of perceived climate change. This Pecorino sees some oak – 75% of the wine being fermented in 500l barrels, the rest in steel tanks. An intense fruity-floral nose, with hints of white peach and clementine. Broad on the palate with tropical hints and definite richness – a food wine for sure.

Not yet in UK 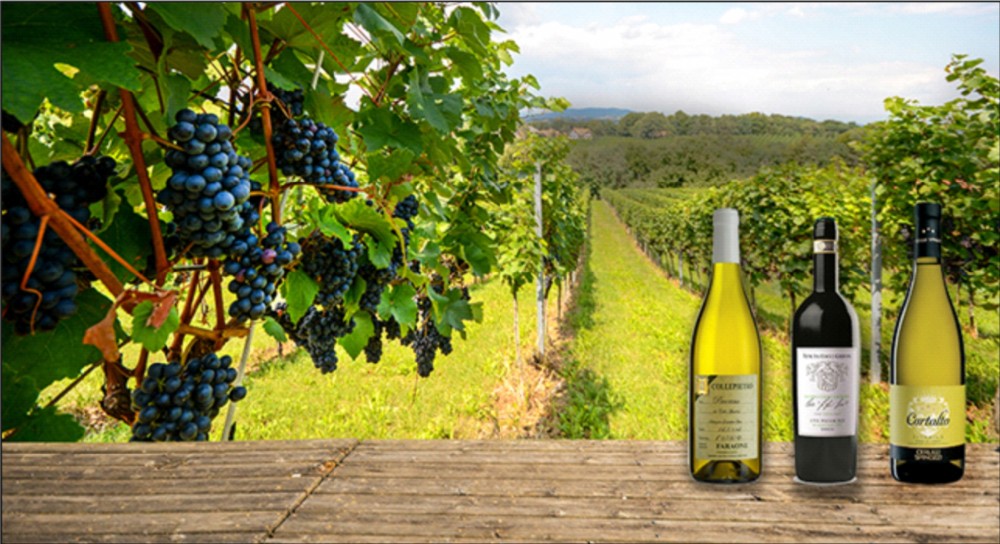